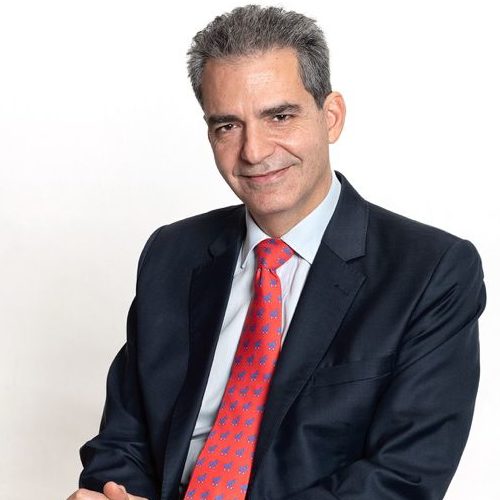 Angelos Syrigos (Athens, 1966), is associate Professor of International Law and Foreign Policy at the Department of International and European Studies at Panteion University of Social and Political Sciences, Athens. He is a graduate of the Law Schools of the National University of Athens and of the University of Bristol, England where in 1994 he was conferred the degree of Doctor of Philosophy (PhD) in the field of public international law.
He has served as Secretary General of Population and Social Cohesion of the Greek Ministry of Interior (August 2012 and May 2015) and Secretary of the Ministry of Education responsible for Intercultural Education (2007-2009).
He has published three books and several articles on Greek-Turkish relations, the law of the Sea, the Cyprus issue, the Balkans, minorities and migration.He is a candidate in the forthcoming general elections in the first district of Athens with the New Democracy Party