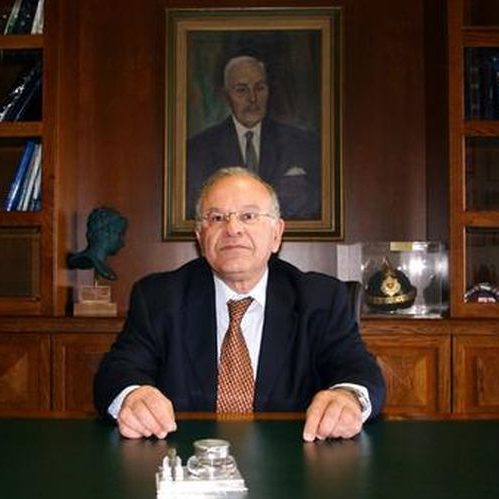 Constantine N. Yannidis was born in 1946 in Piraeus. He graduated from the school of Anavryton and he has studied Chemistry in universities of Greece and Italy. Also he has studied Economics, Sales and Management.
In the years that followed he contributes actively to the commercial and productive activities of his family with a strong presence in the
administrative, financial and general to all aspects of their companies.
He is Executive President of the Board of Directors of Yannidis Group with subsidiary company YANNIDIS BROS S.A. HERMES – VITEX, colors and sealants, Executive President of the Board of Directors of POLYVOTIS S.A., Hotels and Tourism Businesses. For 20 years he was President of the
Federation of Industries of Attica and Piraeus (S.V.A.P) and Honorary President at the present. Also he is President of the Hellenic Chinese Chamber of Industry, Commerce, Tourism & Shipping, Vice President of the O.P.C.E. (Associations of Interprofessionnals Employers Businessmen) and Honorary Member of the
Board of Directors of Piraeus Chamber of Industry and Commerce.
He is married with Giota Sakellariou and they have a son, Nikolas.